I am going to add some shelving in the basement to clean up the canning/brewing section of the junk pile.

Here is a preliminary drawing with the shelves based on the ones I built in 2009 you can see in this post right here. 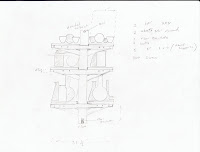 Susan and I met for Yoga practice Thursday after work. We went to this nice little sidewalk cafe after called Cafe Caturra. I had a half sammich with chilli and Susan had lamb meatballs which were delicious. 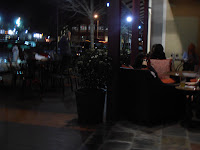 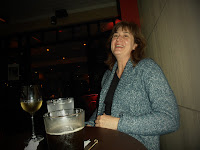 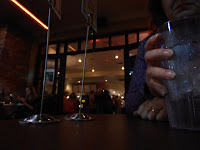 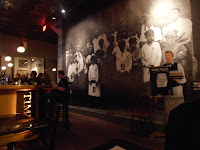 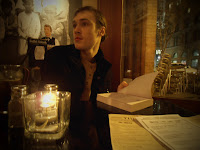 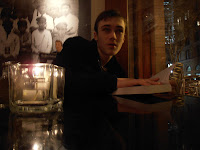 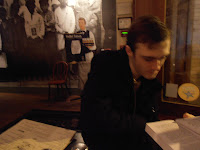 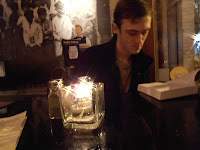 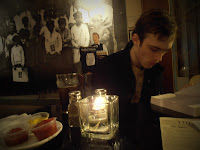 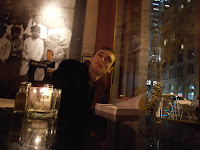 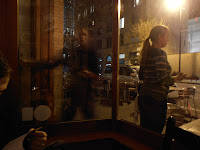 Michael and I went to the book fair at his school (Centennial Middle School) and then went to Raleigh Times for burgers and a pint. We had good time relaxing and I took these snaps.

How to Make Bread

This is my bread formula: 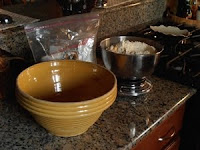 One tablespoon each yeast and salt 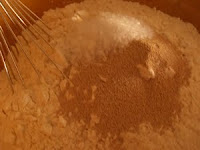 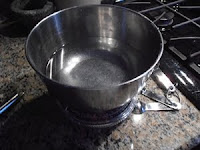 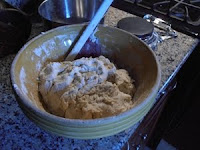 After the dough is mixed cover it with a plate and let it rise on the counter for a few hours until it is quite spongy. Then move it into the refrigerator to ferment for at least a week. After a week, you can start pinching pieces off for loaves. The dough will last in the fridge for around two weeks. The longer the better, but it's best at around a week and a half. 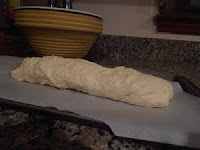 There is enough dough in this recipe to make three loaves this size, or five pizzas, or three pizzas and one larger loaf, etc. It is relatively dry loaf fitting in the baker's percentage where the water's weight is 66% of the flour's. This is a batard dough.

Let the loaf rise for a few hours (the race is not to the swift but to the sure). When the loaf is risen, preheat the oven to 500 degrees (F). When the oven is ready, score the loaf, put it in the oven (middle is best) and perhaps pour a cup or two of water into a preheated old cast iron skillet dedicated to this purpose. 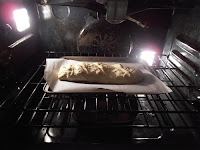 In around 30 minutes, this is what will emerge: 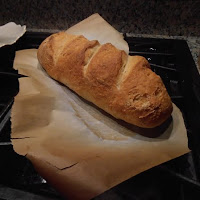 Recently, I have been looking for some kind of cabinet to hold all of my home theater gear. I have a plasma TV, a stereo receiver, a CD player, a multi-format compact disc/DVD player, a Computer, and a cable box I need to store in an uncluttered, artful way.

I found myself browsing a used furniture store in Raleigh and there I realized that all used media cabinets on the used furniture market were designed for bulky CRT televisions. I needed something that can accommodate a large rectangular monitor and several electronic components, and keep the wiring organized.

I thought about modifying some existing furniture, but I was focusing on buffets and sideboards, until I saw an old trestle table that looked like I could retro-fit with a cabinet.

I bought the trestle table shown below (after correcting the color with some mahogany stain and slicking on some thinned polyurethane) and added a custom cabinet with matching stain and shelving for all of the components. 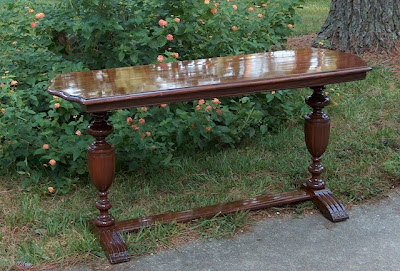 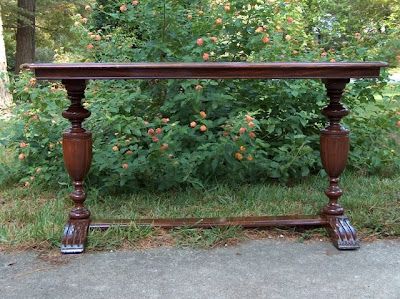 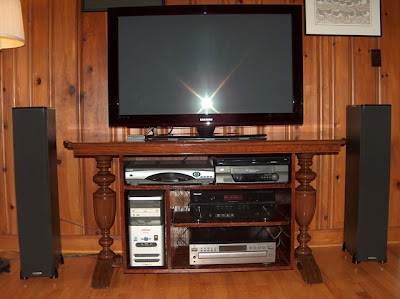 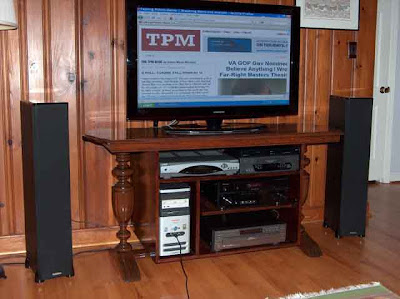 One of the things my mother gave me before she died was a marble bench she purchased to memorialize her close friend, Ruel Smith.

Ruel was a very bright and intellectually active man well into his early nineties. He enjoyed playing Risk with his children and elaborate word games with my mother.

Earlier in his life Ruel had a strong interest in trains. He designed elaborate model train layouts and acquired a large collection of cars, track, transformers, switches, and circuitry.

My mother thought of his interest in trains as his life's dream. She chose to remember him with a stone bench that had a silhouette of a train consisting of an engine, a coal car, and a caboose passing a railroad crossing. 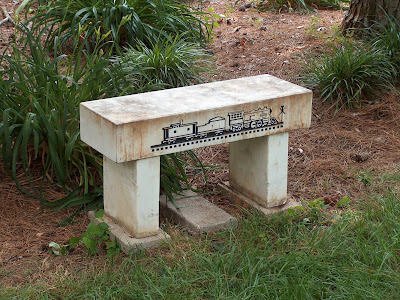 Me, My brother Matthew, and my nephew Kenny loaded the bench onto my truck in Tennessee. However I had no ready team of bulls to unload it here in Raleigh, so I decided to construct a modular hoist frame to use in conjunction with a cable winch to lift the largest piece out of my truck.

It took a few weeks to stitch together the time to build the frame. It worked very well as you can see in the photos below.

Lifting from the truck bed: 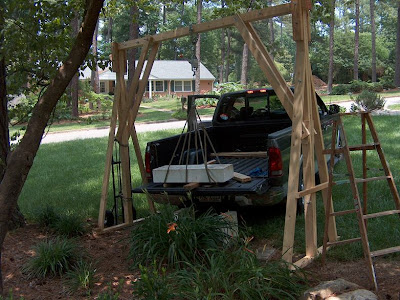 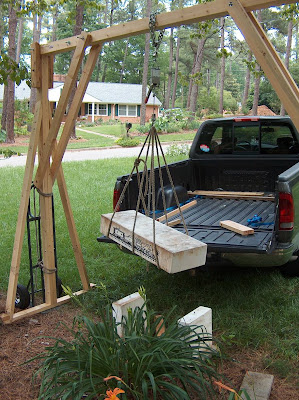 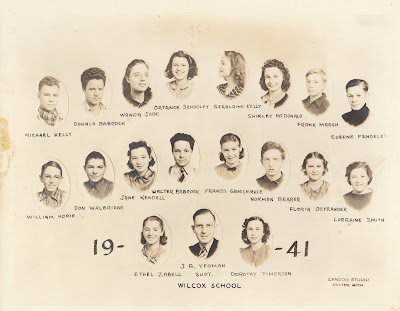